Jamie Vardy will be injured for Wednesday’s game against Fulham, and will miss a reunion with Claudio Ranieri, according to The Telegraph.

The 31-year-old has been playing while carrying a groin injury, but a setback in training looks to keep him away from Craven Cottage on Wednesday.

More worrying is the suggestion that Vardy, the Leicester’s current top goalscorer, will require an operation to overcome the longstanding problem.

Claude Puel has been willing to discuss the striker’s injury, but the Leicester Mercury reports that the Foxes’ boss has remained quiet about other absentees. 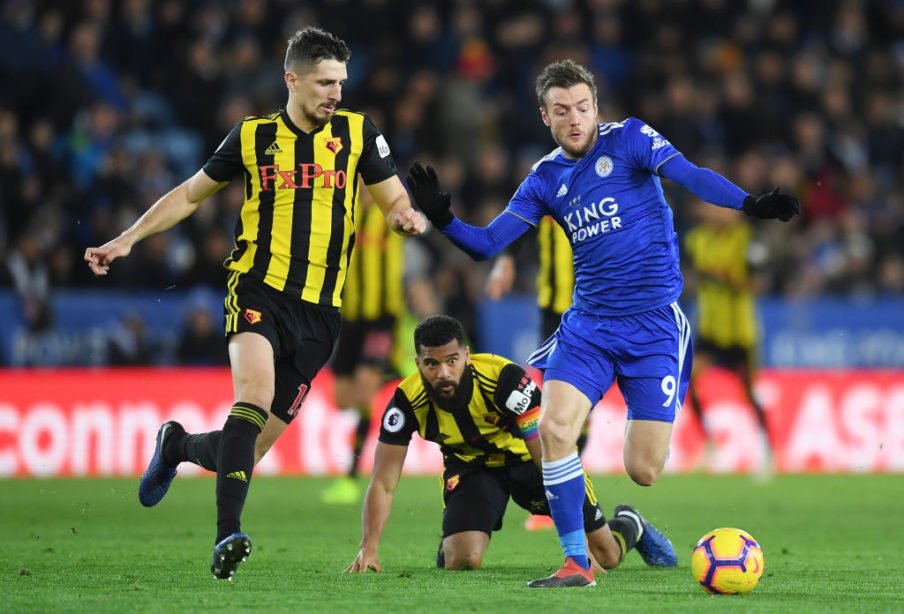 Three centre-backs are believed to be ruled out for the game, with Harry Maguire out. Meanwhile, Wes Morgan and Jonny Evans are both doubtful in defence.

I don’t know my starting team because I have problems with different players,

Preparations against Ranieri, who infamously won the Premier League with Leicester in the 2015-16 season, seem fragmented to say the least.

However, Puel will hope to have a fit and firing side out, as he aims to go seven games unbeaten in all competitions.

Fulham would have been there for the taking in recent months. Yet, under Ranieri’s resurgence, anything could happen in this midweek affair.