Leicester City have confirmed they have rejected two bids from Manchester United for defender Harry Maguire.

The news, as reported by the Mirror, was revealed by Brendan Rodgers after Leicester’s friendly win over Scunthorpe.

Ayoze Perez scored his first goal for the Foxes in the win, with Leicester running out 1-0 winners in North Lincolnshire. Rodgers confirmed that the Foxes had received two bids for Maguire, but both had been rejected by the club.

Harry has been absolutely brilliant about this right from the word go. He’s a top, top player and a top guy. I thunk it’s important the supporters know that.

I’ve been in this situation before with players and it’s not always easy but Harry has been absolutely superb. We’ve had a chat about it, obviously.

He’s happy and I tip my hat to him for the way he’s dealt with all this because it can be unsettling.”

I’m relaxed about it all. We understand the situation from all points of view because United and City are big clubs

But unless they meet our valuation he won’t be sold and it’s as simple as that.

Maguire has been a wanted man this summer, with both Manchester United and City looking at the defender.

The former Hull City and Sheffield United man broke out at the 2018 World Cup, and has become a vital figure in the defence for Leicester.

However, Leicester have been reluctant to sell Maguire, and have demanded a high fee of over £90 million for the player. 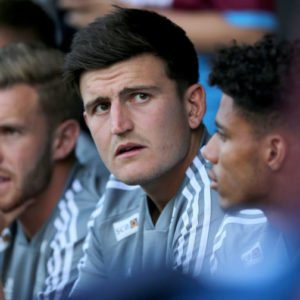 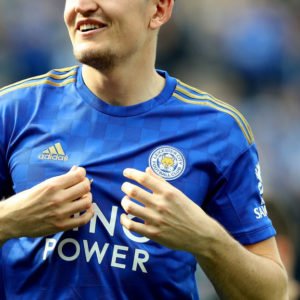