Speaking to Football Insider, Phillips addressed the speculation linking Edouard with a move to the Premier League side and he believes the Frenchman would be a great signing.

Unfortunately, £30 million up there is a lot of money and they might find it hard to turn down. If it happens Neil Lennon will be disappointed but if it happens for Leicester, and having an affiliation with Leicester, another great signing there, again a player that will develop even more under Brendan.

A report from the Daily Record earlier this month claimed Leicester are interested in a £30m deal to sign the striker in the summer.

With Jamie Vardy recently turning 33, Leicester may need to start thinking about his replacement.

Given Rodgers’ history with Edouard at Celtic, Leicester does feel like a natural step up for the Frenchman, especially with Vardy heading towards the latter stages of his career.

Speaking back in 2018, as reported by the Daily Record, Edouard hailed Rodgers for his managerial style, a clear indicator that he enjoyed his time working under him.

He’s an open coach who is very close with his players. I love his management style and the way he wants to play football.

Edouard has experience playing in the Champions League and Europa League from his time in Scotland and with the Foxes poised for a return to Europe’s elite competition next season, they’ll surely want to add some quality to their squad.

The Athletic recently described him as ‘Celtic’s best striker since Larsson’ – high praise indeed and his scoring record in Scotland speaks for itself. He has already scored 50 times for the Hoops, nine of which have come in Europe (transfermarkt).

Not only is he scoring frequently, but in big games too. He has five goals in crucial Champions League qualifiers for the Hoops, while he’s also netted in both meetings with Rangers this season (transfermarkt). Finding the back of the net when it matters is a common trait shared by Vardy himself.

Is Edouard good enough to replace Vardy next season?

Yes, get him in the team 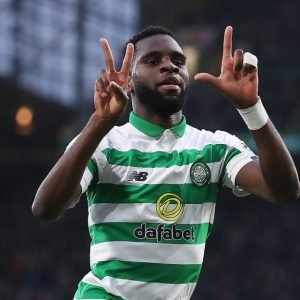 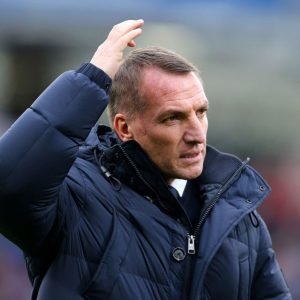 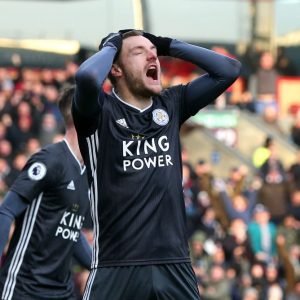