Linked to the likes of Tottenham Hotspur, Manchester United and Inter Milan; Islam Slimani was a name that often cropped up in January.

The 31-year-old striker has impressed on loan at AS Monaco, contributing to 14 goals in 13 Ligue 1 appearances.

He’s been ‘pushed to one side’ by Robert Moreno of late though and was apparently looking for a new club in January, with Inter reportedly preparing a pursuit.

Competition in Algeria, via Sport Witness, have analysed the transfer saga though and discovered the extortionate price Inter would have had to pay for Slimani’s services:

At first, Leicester were asking for €2.5m and Monaco €4.5m (to cut the deal short), so a total of €7m. Sorry, but no club is going to spend that money for a six month loan.

Slimani is probably going to return to the King Power Stadium at the end of the season and he is contracted until next year – so does he have a future at the club?

In my opinion, the summer arrival of Ayoze Perez and increased number of appearances from Kelechi Iheanacho make it seem unlikely.

It seemd like Leicester’s demands for Slimani  last month were way too high for potential buying clubs though, so Leicester look like thet will not be willing to let the Algerian depart easily.

Overall, I don’t think the Foxes will want to let the player who was once their record signing go cheaply, so there could be another saga on the way in the summer.

Does Islam Slimani have a future at Leicester? 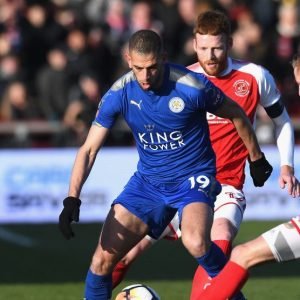 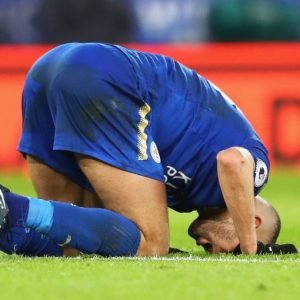