AS Monaco manager Roberto Moreno has heaped praise on Islam Slimani as the Leicester City loanee continues to make an impact in France.

Slimani came off the bench to score a stoppage-time winner for Monaco, as they came from behind to defeat Amiens in Ligue 1 on Saturday.

The Algeria international boasts an impressive tally of eight goals and seven assists in 11 league starts for Monaco but was heavily tipped to switch clubs in January, with Manchester United amongst the interested parties.

Speaking to Goal, Moreno hailed Slimani and expressed his delight at the striker’s match-winning goal:

He is a great player, I said it as soon as I arrived in Monaco. We have an incredible attack with top-level players. I am very happy that he scored, at the same time the team went to great lengths, like [Stevan] Jovetic and Keita [Balde].

Since joining Leicester for a then-club-record £29million in 2016, Slimani has endured poor loan spells at both Newcastle United and Fenerbache.

However, his form has given me hope that he could still have a role to play at the King Power Stadium, should things fall into place.

Monaco do have the option to buy him at the end of the season and with just one year left on his Leicester deal, he’ll probably be on the market if he is to return from France.

With that being said, I don’t think it’s likely we’ll see Slimani in a Leicester shirt again but, aged 31, he could provide another quality experienced option up top alongside Jamie Vardy.

If he continues his form, a stay in France could be considered as the highest possibility but, in my opinion, he’s shown enough to be given another chance in England.

Does Islam Slimani have a future at Leicester City? 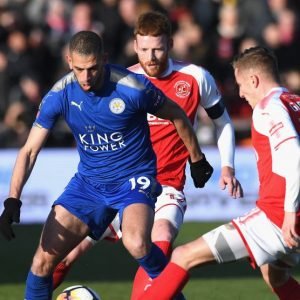 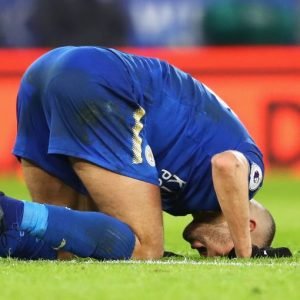