Odsonne Edouard has revealed he feels flattered by the speculation linking him with a big-money move away from Celtic.

Last month, the Daily Record claimed Brendan Rodgers is ready to launch a £30 million pursuit to reunite with the Frenchman at Leicester City this summer.

After claiming his second Scottish Premiership Player of the Month award this season, as reported by the Daily Record, Edouard explained how pleased he is with links to big clubs, but insisted he remains focused on Celtic for now:

It’s very flattering but I still have 2 years left on my contract at Celtic, I want to concentrate on that. Personally, I’m feeling good. The team is playing well so I am happy. My job is to score goals so I’m feeling good with this season.

The 22-year-old has been in inspired form this season, scoring 23 goals in all competitions, with 20 of them coming in as many Scottish Premiership starts.

Edouard’s form has also seen him attract interest from Manchester United, which emphasises just how impressive he’s been at Parkhead.

Although I believe Leicester are well-stocked in the striker department with Kelechi Iheanacho and Ayoze Perez providing competition for Jamie Vardy, £30m could present fine value for the Foxes, with the striker only recently turning 22.

As a player who is known to be an admirer of Rodgers from their time together at Celtic, Edouard could be a very strong contender to take over the reins upfront from Vardy and act as his long-term replacement.

Do you want Leicester spending £30m on Edouard this summer? 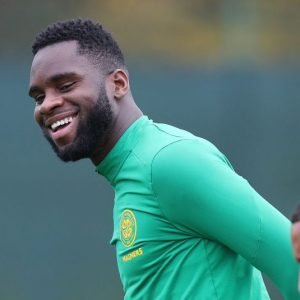 No, we should prioritise elsewhere. 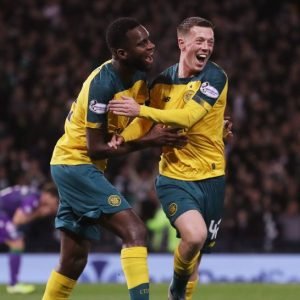