Former Leeds United defender Alex Bruce has claimed he isn’t sure whether Celtic midfielder Callum McGregor is worth “top money” following links with a move to Leicester City.

The 26-year-old was linked to a reunion with former Hoops manager Brendan Rodgers in the summer, but nothing eventually materialised.

Speaking in an interview with Football Insider, Bruce revealed he has doubts as to whether McGregor is a worthwhile target for Leicester:

I don’t know, I think it’s one of them where you look at it and think, the physicality, would I go and pay top money for him? I’m not sure, I’m a little bit like that [shakes hand] to be honest.

McGregor has been ever-present in Celtic’s Scottish Premiership campaign this season, featuring in all 27 games as well as making five appearances in the Europa League Group Stage.

With seven goals and seven assists in the league this term, the 26-year-old is an important part of Neil Lennon’s squad so it’s probably unlikely he’d be let go for cheap.

He was clearly just as important for Rodgers during his time at Parkhead too, making 149 appearances under the Northern Irish manager.

However, I don’t think Rodgers needs a midfielder like McGregor whilst James Maddison and Youri Tielemans are at the club, especially amid the Foxes’ interest in Liverpool’s Adam Lallana.

So from my perspective, I agree with Bruce and, although McGregor’s statistics make good reading, I believe Leicester should spend their budget bolstering other areas of the squad.

Do Leicester need to sign a midfielder this summer? 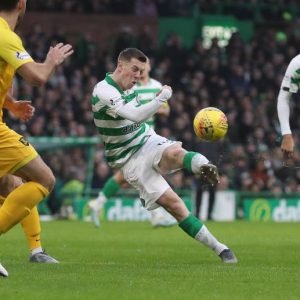 No, we're strong there! 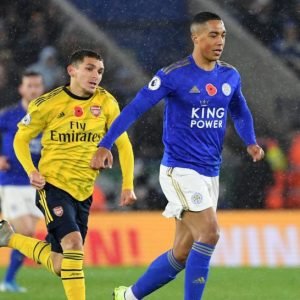