Christian Fuchs has received heaps of love from many Leicester City fans after his message about Saturday’s 1-0 defeat to Manchester City.

In a game wrapped in more VAR controversy at the King Power Stadium, Gabriel Jesus’ 80th-minute strike was enough to secure victory for the visitors.

Before the Brazilian forward’s late winner, Jamie Vardy had hit the post before Kasper Schmeichel denied Sergio Aguero from the penalty spot.

Brendan Rodgers’ system caused surprise before kick-off as he opted for a 3-5-2 for the first time this season, with Fuchs acting as the left-sided centre-back.

The 33-year-old Austrian has been a bit-part player under Rodgers, making just 10 appearances so far this term, but he put in an admirable display.

Fuchs made four interceptions, two clearances and won his sole aerial duel, whilst maintaining an 83% pass accuracy against Pep Guardiola’s side.

Afterwards, he took to Twitter to send a message about the game and these Leicester fans could only say positive things about his cameo appearance.

Twitter: @FuchsOfficial @LCFC Great performance from you too. Never let the team down (@dinokyp)

Twitter: @FuchsOfficial @LCFC You were immense yesterday. Well played. My only disappointment was that you didn’t take the f… https://t.co/4TjqvNisUp (@Andrewwillett7)

Twitter: @FuchsOfficial @LCFC Even though we lost, it was the kind of thing we enjoyed watching. Redknapps analysis was spot… https://t.co/I2zbBHEowk (@Foxfan51)

Twitter: @FuchsOfficial @LCFC I haven’t said this to a footballer since I was about 12, and I’m now 39….. But we love you… https://t.co/wSwE8l6Des (@thejollylifter)

Do you think Rodgers should stick with a back three? 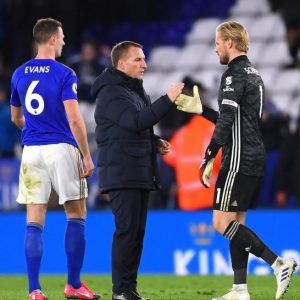 No, stick to what we know. 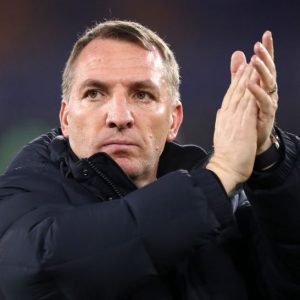