Plenty of Manchester United fans were left drooling over James Maddison’s latest performance for Leicester City at the weekend.

Leicester fell to a 1-0 defeat against Manchester City at the King Power Stadium to extend their winless run in all competitions to four games.

Gabriel Jesus’ 80th-minute winner extended Man City’s lead over the Foxes to to seven points, as Man United moved nine points behind Leicester with a 3-0 win over Watford.

Although he was on the losing side, Maddison impressed as he won six of 11 ground duels, drew two fouls, completed two take-ons and created one big chance.

According to the Manchester Evening News, the 23-year-old playmaker wants to join the Red Devils as Ole Gunnar Solskjaer leads a major rebuild at Old Trafford.

Amid the interesting reports, these Man United supporters were all quick to heap praise on Maddison’s display against Pep Guardiola’s men, despite the result.

Twitter: Maddison has been the best player on the pitch this half @ManUtd 👀🤝 #LEIMCI (@c_i_a_n)

Twitter: Maddison had been impressive so far. Great player (@adamd1991)

Twitter: Just looking at Maddison play tonight against City that guy is unbelievable and we really need him, but should we p… https://t.co/sgWiT5OQdq (@RedDevilsCentre)

Do you think Maddison will be at Leicester next season? 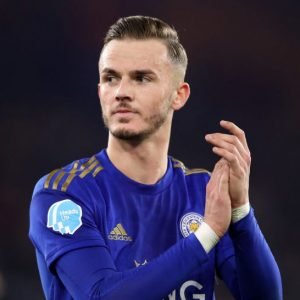 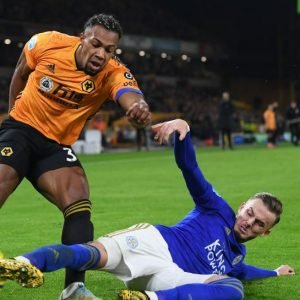