According to Tutto Mercato Web, all three clubs are showing an interest in the forward, along with Italian sides Napoli and Lazio.

I can tell you that right now his priority would be to play in Italy. Also for a cultural factor if we want: he is Kosovar, and therefore Albanian in origin. In these difficult days, we have seen how close the link between Italy and Albania is. Coming to our country would be your first choice.

With Muriqi seemingly set on a transfer to Italy, it could be difficult for Leicester, Tottenham and Manchester United to secure a deal, but they are still in the race as it stands. Leicester could try to tempt Muriqi with the prospect of regular football – if they are able to offer it – or even Champions League football if the Foxes end the campaign in the top four.

Muriqi has been in impressive form this season, with 20 goals in 30 appearances for club and country. This includes 13 goals in 25 Super Lig matches for Fenerbahce and a goal against England at St. Mary’s earlier in the campaign, stats which show that has been a consistent goalscorer this season.

Along with his goals, he is averaging an incredible five aerial battles won and 1.5 chances created per game in the Super Lig, showing the strengths of his overall game and how he could bring more to the table than just goals.

It looks like he’s keen to move to Italy for now, but if the interest from Leicester, Man United or Spurs intensifies, there’s no reason to see why he wouldn’t at least consider a move to England. 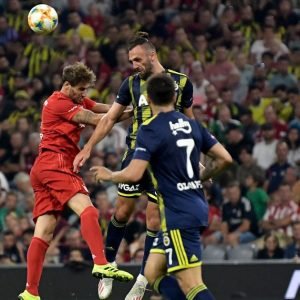 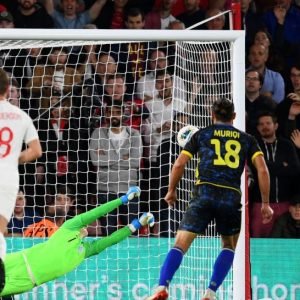