Tottenham Hotspur are interested in a summer swoop for Leicester City winger Demarai Gray, according to a report from Gary Jacob of The Times.

Gray, who scored a rare goal as Leicester kept their Champions League hopes alive with a win over Sheffield United, has entered the final year of his contract at the King Power Stadium and Spurs apparently believe that they may be able to sign the 24-year-old for a cut down fee.

It’s fair to say that Gray hasn’t exactly kicked on as well as many would have hoped after his £3.7m move from Watford in 2016.

The winger has scored just 13 goals and provided 17 assists in his 165 appearances since joining The Foxes in 2016, which is why he’s often found himself as a bit-part player.

If Leicester intend to keep Gray, then they’ll need to tie him down to a new contract but if they don’t, then letting him leave for a fee this summer seems like the sensible option to take.

Whether they’ll want to sell him to a potential rival for a top-four finish next season though, is another question and they may be better off looking to sell him to a club abroad, if the player would be willing to make such a move. 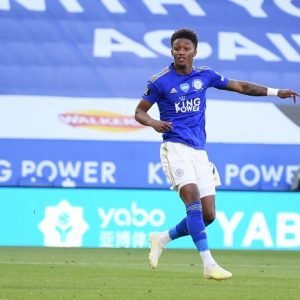