The Leicester City striker was a late bloomer, not fully finding his feet at the top level until his late 20s. However, Vardy has been sensational for the Foxes since 2015, helping them win the Premier League title and scoring 138 goals for the club.

As pointed out by ESPN on Twitter, the 33-year-old now has more Premier League goals than some true legends of the division, including Cristiano Ronaldo, Luis Suarez, Dennis Bergkamp, Eric Cantona and Ryan Giggs:

It really is testament to Vardy’s brilliance that he is ahead of such an illustrious group of names.

Cynics may point out that some of those didn’t play in England for as long as the Sheffield native, but that the Leicester man is even classified in the same breath as them speaks volumes to his consistent potency at the highest level.

Vardy’s consistency in the Premier League has been hugely impressive – he hasn’t scored fewer than 15 goals in a full season since 2014/15 – and at 33, he is still as good as ever.

The Englishman will hope to keep rising up the all-time Premier League scoring charts, continuing to cement his reputation as a great of the game.

Is Vardy a Premier League legend? 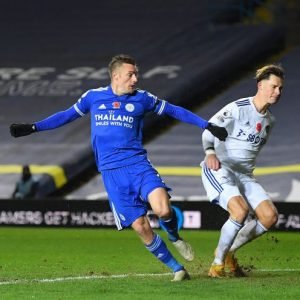 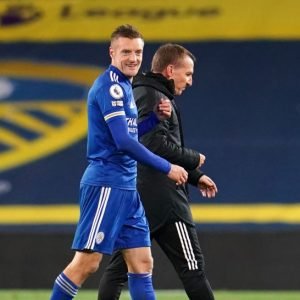