Jurgen Klopp has hailed Jamie Vardy as a “proper, proper player” ahead of Leicester City’s clash with Liverpool.

The Foxes make the trip to Anfield on Sunday night as they look to prove their Premier League title credentials. Leicester lead the way going into this weekend’s fixtures, but this is their biggest challenge yet in 2020/21.

Vardy is likely to be a key player for Leicester at Anfield, having scored seven times against Liverpool in the past. Speaking to reporters on Friday, Klopp had nothing but praise for the Leicester goalscoring legend, saying [via Daily Mail]:

Jamie’s a proper, proper player. It’s always a challenge to defend him. The only way I know to defend him is to make sure he does not get the pass he wants.

It is always nice to hear an opposition manager be so complimentary about a Leicester player, especially someone as successful as Klopp. It proves what a top class player Vardy is, having matured late in his career and taken so long to find his feet.

The 33-year-old is playing as good as ever, joint-top of the Premier League scoring charts at the moment, and he will be a pivotal figure on Sunday night.

Liverpool are without Virgil van Dijk and Joe Gomez, so Vardy should be licking his lips at the prospect of facing a weakened Reds back-line.

Joel Matip looks a certainty to start, while youngsters Nathaniel Phillips and Rhys Williams could battle for the other starting berth if Fabinho is ruled out. 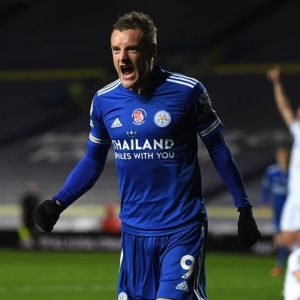 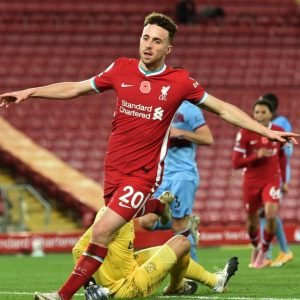