Leicester City are among a host of clubs interested in signing Samuel Chukwueze, including Liverpool, Manchester United and Chelsea.

That’s according to La Razon [via Sport Witness], who claim that the Villarreal winger is a man in demand. It isn’t only top English clubs that are eyeing up a move for Chukwueze, however, with Real Madrid also touted as potential suitors.

It is reported that the 21-year-old has an €80m (£71.13m) buyout clause at Villarreal, although that is likely to be too steep for Leicester. The Foxes were linked with Chukwueze earlier in the month, with the Nigerian having been likened to former Chelsea and Bayern Munich star Arjen Robben.

You only have to see the teams linked with Chukwueze to see how highly-rated he is, which also highlights how difficult it could be for Leicester to snap him up.

The young winger has scored 13 goals and registered 12 assists in 90 appearances for Villarreal – solid numbers given his age, with time still very much on his side.

Despite Chukwueze’s quality, there is no desperate need for Leicester to bring in new attacking players at the moment.

Brendan Rodgers already has plenty of depth in wide areas, with the likes of Harvey Barnes, James Maddison, Dennis Praet and Demarai Gray all capable of playing out wide, or at least as an inside forward. 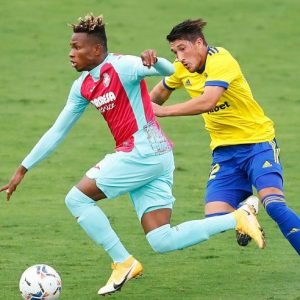 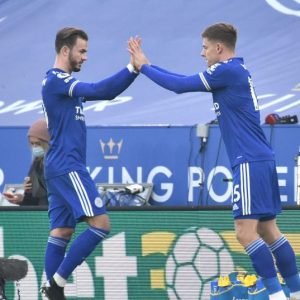