Jamie Vardy has taken to Twitter to express his delight at Leicester City reaching the knockout rounds of the Europa League.

The Foxes made the trip to Braga on Thursday night, knowing that a draw would book a place in the next round. Leicester found themselves 3-2 down in stoppage time, however, and it looked as though Brendan Rodgers and his players would be frustrated.

Then Vardy did what he has done so often in the past, stepping up at a crucial time and scoring a last-gasp equaliser, duly clinching qualification for the round of 32 in February.

It was a great moment and, after the game, the 33-year-old was clearly still buzzing, posting a message to his followers on Twitter:

Love it lads, we deserved that! Onto the knockout stages #UEL @LCFC pic.twitter.com/mg0KuwHvpF

Vardy is an undisputed Leicester legend, having achieved so much during his time at the club.

Having taking a long time to fully mature as a player, the striker has become one of the most dangerous players in the country, and his big-game pedigree is undeniable.

Vardy so often steps up when Leicester most need him and that will continue to be the case in the Europa League.

There is no reason why Rodgers shouldn’t believe his team can go all the way in the competition, especially with Sevilla not in it this time around, having won it four times in the last seven years.

Can Leicester win the Europa League this season? 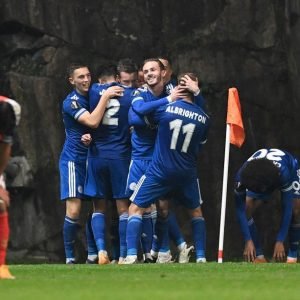 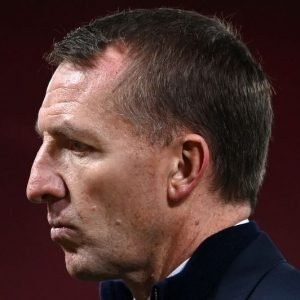